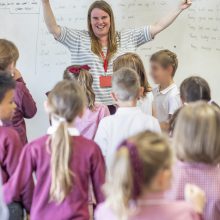 In May and June this year Lancashire Music Hub worked with the acclaimed Manchester Camerata to deliver a new project involving 120 primary school children from four schools in Lancashire as well as groups of young players from Pendle Music Centre.

Pupils from each participating school and the young players from Pendle Music Centre Samba and String groups had a series of workshops with Manchester Camerata musicians, in which they wrote their own songs based on Elgar’s Enigma Variations. The young players then came together for an evening concert to open the annual Pendle Music Festival at Colne Muni on 11th June.

The concert was made up of a shared performance of their songs, and a performance of the original piece by Camerata musicians, in front of an audience of teachers, parents and peers. The performance was devised to be informative and fun, as well as providing the audience with an opportunity to learn about the instruments being showcased.

“It was great for Camerata in the Community to be able to work in Pendle again with Lancashire Music Hub. During the workshops, the pupils were really engaged, and created some fantastic lyrics and melodies to their own variations based on the themes of Elgar’s originals. We especially enjoyed being able to incorporate the Music Hub strings and samba groups this year, as they added a dynamic to the performance that was completely new, and really made the repertoire their own.” Lucy Geddes, Head of Camerata in the Community.

Workshops with Manchester Camerata’s Camerata in the Community team: 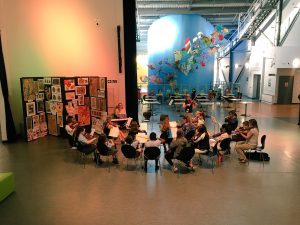 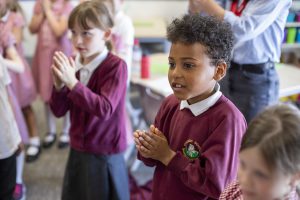 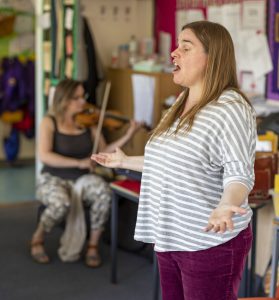 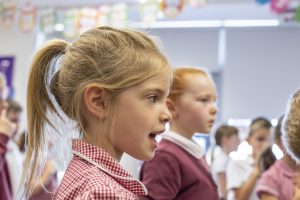